Founder and one of the leading certified teachers at Ashtanga Yoga Satya, Fernando has felt a connection to nature and art, and a calling to help others, from a very young age. 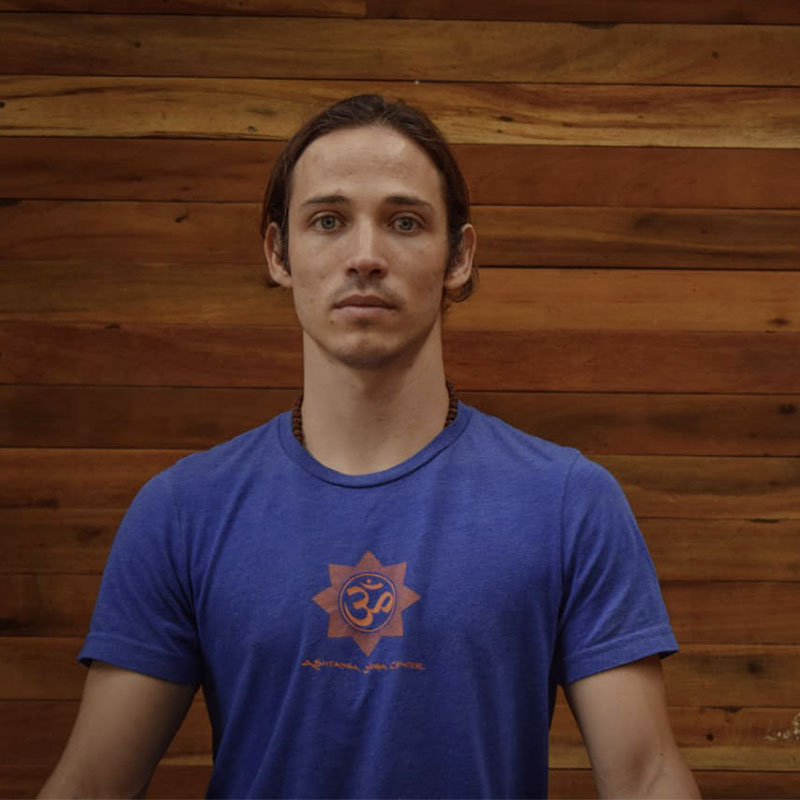 Fernando began his career in yoga in 2009 at Terapias Psicocorporales Gayatree under the guidance of director Sofia Pérez. At this center he learned to use yoga therapeutically with senior citizens, the Sufi meditation of the heart, and even yoga for children.

Initially, his mentor was Rolando Portilla, who  taught him about the science of meditation, asanas, and the preservation of natural resources on expeditions into nature.

Fernando has developed his artistic skills in areas that include music featuring instruments such as Yirdaki (didgeridoo) and Tibetan singing bowl, drawing, sculpture and photography.

He has imparted yoga lessons since 2011 at various locations: gyms, studios for foreigners, yoga studios, and in private venues.

In 2012, he became a certified Hatha yoga instructor after completing a 400-hour yoga teacher training at Maathai Yoga School. He simultaneously completed levels I and II of training in Thai massage. Fernando then delved deeper into Thai massage levels I and II under Master Itzhak Helman, endorsed by The Sunshine Network in partnership with the International Society of Thai Yoga Massage. In Yoga Maathai he assisted Hatha Yoga teachers with workshops and  trainings. He also worked with the Costa Rican Association of Yoga Teachers in administrative and other roles.

In 2015 Fernando traveled to India, where he met his guru, Mata Amritanandamayi Math. This triggered a profound spiritual awakening. He also studied under B.N.S. Iyengar, world-renowned Ashtanga Yoga master, disciple of T. Krishnamacharya, and completed an Patanjali Ashtanga Yoga teacher training by him.

In 2016 he traveled to California, United States, to study under Tim Miller, a world-renowned Ashtanga Yoga teacher It is Miller who awakens Fernando’s s passionate drive for the practice of Ashtanga yoga.

In 2018 he had the opportunity to study under David Swenson, also one of the most widely renowned and distinguished teachers in the world of Ashtanga yoga.